Biomass direct combustion is the simplest technology. In theory, all kinds of biomass can be used for combustion power generation and temperature of the gas generated by combustion is around 800~1000℃, while biomass with high moisture is not suitable for direct combustion. Compared with fossil fuels, biomass has characteristics of low energy density, low carbon content, high oxygen content, high volatility and low sulfur content. Therefore, the calorific value of biomass is not high but it is relatively flammable.

Biomass pyrolysis refers to the process by which biomass is ultimately converted to bio-oil, charcoal, and combustible gases by heating under anaerobic conditions or incomplete combustion under anoxic conditions.

3、Technology of biogas production by anaerobic fermentation of biomass

The main principle is to use the large amount of organic waste in industrial and agricultural or urban life to produce biogas by anaerobic fermentation. The biogas can be used to drive the internal combustion engine generator units to generate electricity. Also, it can be purified into biogas for sales. The biogas residue produced can be made into organic fertilizer.

• Biomass ash is collected before it enters into boiler and does not corrode the subsequent heated surface of the boiler.

• It adopts utilization scheme of hot gas (>400℃) which has a high thermal efficiency of the overall system and it has no tar pollution;

• It avoids the effects of seasonal fluctuations in biomass production on power generation systems.

Biomass gasification refers to the process that converts biomass into combustible gas (mainly a mixture of hydrogen-rich compounds contained carbon monoxide, hydrogen and methane, and a small amount of carbon dioxide and nitrogen) by a thermochemical reaction at a high temperature. The gasifying agent can be oxygen (air, oxygen or pure oxygen), water vapor or hydrogen.

①Harmless. After incineration of the waste, the pathogens in the garbage are completely eliminated, and the harmful gases and soot generated during the combustion are treated to meet the discharge requirements;

②Reduction. After incineration, the combustible components in the garbage are decomposed by high temperature. It generally can reduce weight by 80% and reduce volume by more than 90%, which can save a lot of landfill land;

③ Recycling. Thermal energy of high-temperature flue gas generated by waste incineration is converted into steam through waste heat boilers, which is used for heating or power generation. Garbage is used as energy, and resources such as ferromagnetic metals can be recovered;

④ Economic. Waste incineration plant has a small footprint, and the exhaust gas is less polluted after being purified. It can be built close to the urban area, saving land and shortening the transportation distance. With the improvement of environmental measures for landfills, the operating cost of the incineration method is expected to be lower than the landfill method;

⑤ Practicality. Incineration can be operated around the clock and is not susceptible to weather.

①At present, the thermal reduction rate of incinerated slag is generally 3%-5%, and there is still potential to be tapped;

②There is also a small amount of combustible components represented by CO in the gas phase;

③Incomplete combustion of the gas phase provides potential conditions for the re-synthesis of highly toxic organic matter (represented by dioxins). Secondary pollution of heavy metals in fly ash is severe;

④Unburned organic matter and uneven phase conditions can not prevent the re-dissolution of harmful substances in ash residue; 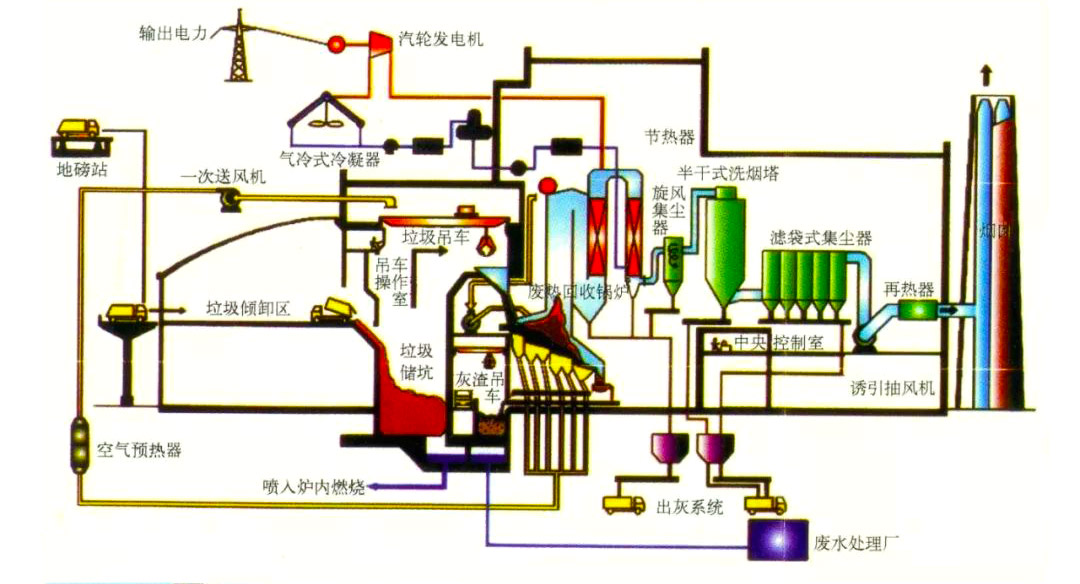 Pyrolysis is a process of extracting fuel oil and combustible gas from waste by utilizing the thermal instability of organic matter. The organic matter in waste is heating and retorting under anaerobic or anoxic conditions to produce small molecules of gases, liquids and solids. 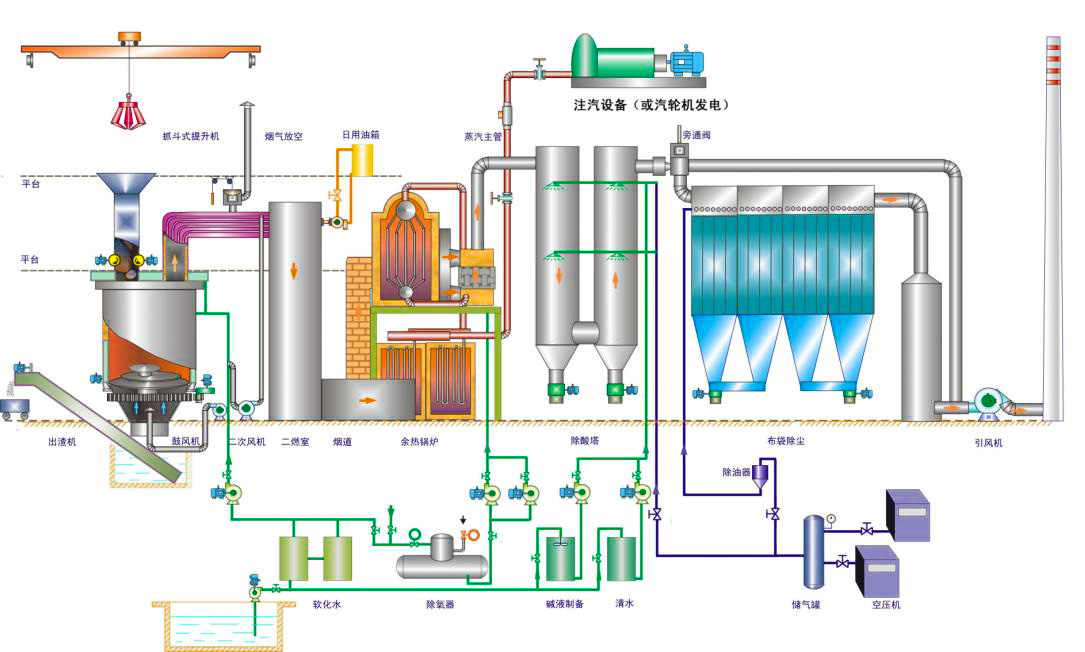 Anaerobic fermentation biodegradation technology refers to the conversion of macromolecule organic matter in garbage into biogas (methane and carbon dioxide) by microorganisms under specific anaerobic conditions. Biogas can generate electricity directly, or can be purified into biogas. Nitrogen, phosphorus, potassium and other elements are retained in the residual biogas residue, which can be made into organic fertilizer.

At the same time, the advanced garbage sorting technology is used to recover the recyclable materials in the waste. The remaining degradable organic matter is pretreated by hydrolysis and then performs anaerobic fermentation. In comparison with the common process, the gas production rate is doubled that the utilization of garbage resources has been significantly improved .

Waste anaerobic fermentation treatment is the most environmentally-friendly resource utilization technology. There is no fly ash, leachate, dioxins or smoke pollution in the production process.

Composting products have small market and the malodor in the disposing process is difficult to control; there is no classification of garbage collection in China that the treatment process is complicated and not complete, and the quality of compost products is poor.

This is the traditional landfill method in China.

Due to the large amount of organic matter in landfill, a lot of odor is emitted in the process of landfill degradation, and the composition of landfill leachate is complex, which brings many troubles to the operation and management of landfill. Also, secondary pollution is difficult to control and full amount of landfill causes waste of resources by burying part of recyclables underground.

Many foreign countries have forbidden landfill of primary waste, which must be properly treated and utilized until the organic content of the waste is not more than 5%.