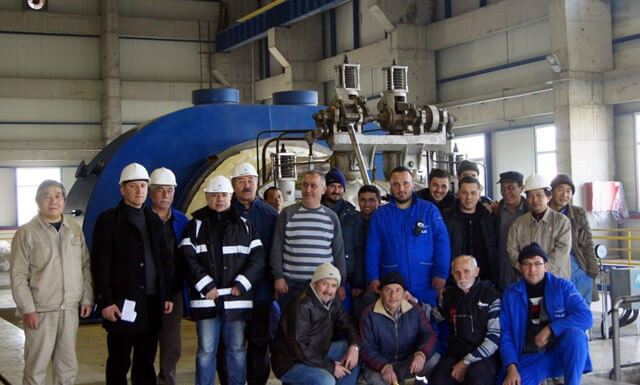 On Jan. 6th, 2014, Turkish POLAT 1×51MW coal-fired power plant was successfully ignited and came into running.Runh Power succeeded in not only igniting the boiler once, but also completing the impulse starting of turbine running with load one time. This was one of the crucial targets before start-up of the whole set of unit.

During project execution, project team of Runh Power has encountered many difficulties. But they have overcome those difficulties and perfectly completed the project by solidarity and cooperation. All they did have won a good reputation for Runh Power. It’s reported that the project is having a smooth operation at now, and all technical and other commissioning indicators have been up to the standard of “The specification of erection and acceptance of electric power construction”. So, the project has come fully into commissioning stage. Runh Power has got phased achievement and wide acclaim from all parties.